Appreciating the best best pork pies Lancashire has to offer

A Taste of Lancashire? 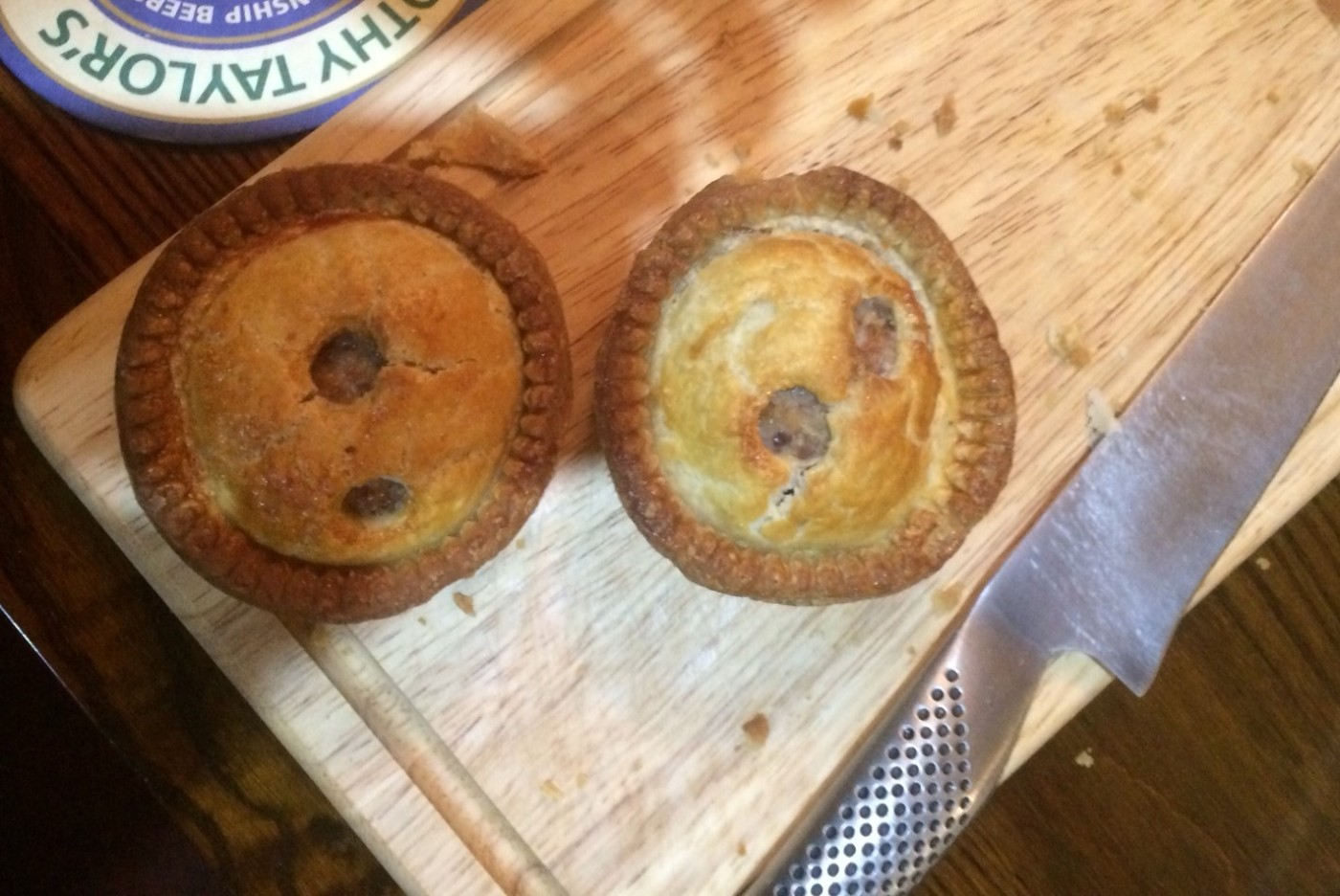 When our North Lancashire correspondent promised a supply of pies from Dale’s Butchers of Kirkby Lonsdale, a quorum of assessors was soon assembled to provide an impromptu tasting session. However, before the event could be made official a ruling had to be made. Could we consider these as Lancashire Pies. Kirby Lonsdale is just over the border. It is now in Cumbria and was formerly in Westmorland. Dale’s pies are award winners though and it would seem churlish to exclude pies from a town that is included in many an itinerary for a visit to Lancashire. Further research revealed that Dale’s have a stall on Blackburn Market. The LPPAS committee agreed that this was sufficient to include Dale’s in our list of notable Lancashire pork pies.

Two pies were assessed: the standard and large pork pies. The hungrier amongst the tasters also demolished a couple of pork and haggis pies which were agreed to be excellent. The ratings for the pork pies are shown below:

The standard pork pie achieved a score of 69%. The pastry was awarded an excellent score of 76%, while the pork mirrored the overall score of 69%. In contrast to the Nicholson’s pies from the previous tasting session the jelly was notable for its absence. The pastry is worthy of comment. Scores of 95% and 90% were achieved here, with comments such as ‘well worked dough’ and ‘perfect, light and crispy – cooked to perfection.’ The pork itself was well received, one comment being ‘great colour, good firm & lean meat.’ The bone of contention was again the jelly – in this case notable for its absence. The pies were well filled though and presumably this is as intended. All in all though a good pie. With a mark of 69 it falls just one mark shy of highly recommended status and instead is awarded LPPAS Recommended status.

The same status is accorded the large pie. The ratio of breadth to depth was the same as its smaller cousin and with an overall mark of 67% the score was very similar too. The good news for jelly fans was that this pie was well-jellied achieving two good scores in part cancelled out by a couple of our more mean spirited judges. In contrast the pastry of the large pie did not achieve the stellar scores of the standard pie. Overall though another good pie that we are happy to recommend. For pie lovers near Blackburn it is well worth visiting the market to try some for yourselves. For those in North Lancashire, it is well worth crossing the border into Cumbria to visit the main shop. Maybe buy a pork & haggis too while your there.